Skip to Main Content Accessibility Feedback
Thank you for your feedback!
Welcome Back Members
Not yet a member? Request information today.
History

Here are some of the names from Sawgrass' founding: 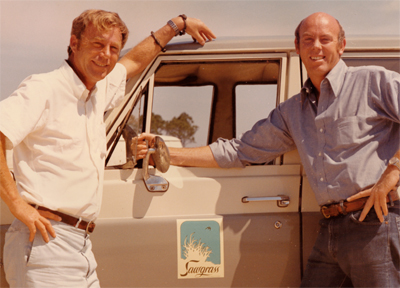 Ed Seay, golf course architect. Seay moved to Ponte Vedra after graduating from the University of Florida and quickly established a strong business. His friendship with Jimmy Stockton helped get the Sawgrass contract. That led to a lifelong partnership with golf great Arnold Palmer, in Palmer Course Design. Seay died in 2007.

Don Cheek, land planner with Reynolds, Smith & Hills. Along with Seay, he is credited with the Sawgrass land plan. He became the Project Manager on the development.

Harold Staub, General Manager. Staub was a Philadelphian who came to Jacksonville to handle marketing for a large dairy. He joined Stockton's company as a vice president and took over the Sawgrass operation when it opened.

Bob Ross, Director of Golf. Ross was one of the nation's most prominent club professionals. He was head pro at the Philadelphia Cricket Club and a family matter led him to Sawgrass. He and his wife had two deaf children, and the Florida School for the Deaf and Blind was one of the nation's best. Ross stayed here until 1972, when he moved back to the Northeast to take over the famed Baltusrol Golf Club.

Dana Kenyon, primary contractor on all buildings. Son Dana is still active as a contractor.